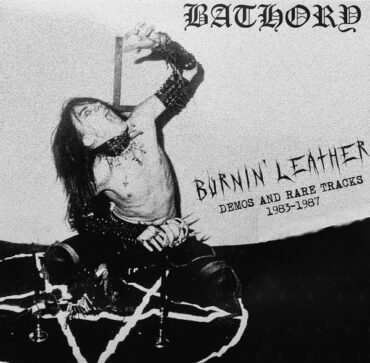 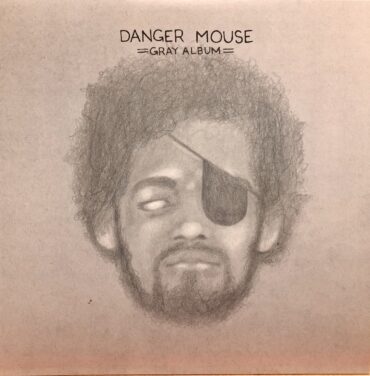 A collection of early demos from when the band was called Easy Cure.

The Cure are an English rock band formed in Crawley, West Sussex, in 1978. The band members have changed several times, with guitarist, lead vocalist, and songwriter Robert Smith being the only constant member. The band’s debut album was Three Imaginary Boys (1979) and this, along with several early singles, placed the band in the post-punk and new wave movements that had sprung up in the United Kingdom. Beginning with their second album, Seventeen Seconds (1980), the band adopted a new, increasingly dark and tormented style, which, together with Smith’s stage look, had a strong influence on the emerging genre of gothic rock as well as the subculture that eventually formed around the genre.
Following the release of their fourth album Pornography in 1982, the band’s future was uncertain. Smith was keen to move past the gloomy reputation his band had acquired, introducing a greater pop sensibility into the band’s music. Songs such as “Let’s Go to Bed” (1982), “Close To Me” (1985), “Just Like Heaven” (1987), “Lovesong” (1989), and “Friday I’m in Love” (1992) aided the band in receiving commercial popularity. The band have released 13 studio albums, two EPs and over 30 singles to date.
The Cure were inducted into the Rock and Roll Hall of Fame in 2019. Inducted into the “Rock And Roll Hall Of Fame” in 2019

The Cure were one of the first alternative bands to have chart and commercial success in an era before alternative rock had broken into the mainstream.
In 1992, NME declared the Cure had, during the 1980s, become “a goth hit machine (19 to date), an international phenomenon and, yet, the most successful alternative band that ever shuffled disconsolately about the earth”.
As a leading figure of gothic rock, NME made Smith the cover artist in their 2004 edition, Originals: Goth. Interpol lead singer Paul Banks was quoted as saying, “the Cure is the band that all of us in Interpol can say influenced us.
When I was younger I listened to them a lot. Carlos as well.
Actually, he took a straight influence from this band on the way he played the bass and the keys.
To me, Robert Smith is also one of these examples: you can’t be Robert Smith if you’re not Robert Smith.
It’s one of the bands with the deepest influence on Interpol, because we all like them.
They’re legendary.” The Cure were also a formative influence on the Smashing Pumpkins.
Frontman Billy Corgan has named the Cure as a primary influence, and drummer Mike Byrne described himself as a “huge Cure fan.Although the Cure had been eligible for the Hall of Fame since 2004, they were only nominated once previously, in 2012.
The formal induction ceremony was held 29 Mar 2019 at the Barclays Centre in Brooklyn, New York.
The members named by the Rock Hall for induction as part of the band are Bamonte, Cooper, Dempsey, Gabrels, Gallup, O’Donnell, Smith, Thompson, Tolhurst and Williams.
Gabrels was initially not included in the induction, but was added in February 2019. At the Hall of Fame ceremony on 29 March 2019, the Cure were inducted by Trent Reznor and performed five tracks.

Robert James Smith (born 21 April 1959) is an English singer, songwriter, musician, and record producer. He is the lead singer, guitarist, multi-instrumentalist, primary songwriter, and only continuous member of the rock band The Cure, which he co-founded in 1976. He was also the lead guitarist for the band Siouxsie and the Banshees from 1982 to 1984, and was part of the short-lived group the Glove in 1983. He is known for his distinctive voice, guitar-playing style and stage look, the latter two of which were influential on the goth subculture that rose to prominence in the 1980s. Smith was inducted into the Rock and Roll Hall of Fame as a member of the Cure in 2019.

Early years
Robert James Smith was born on 21 April 1959 in Blackpool, Lancashire, the third of four children born to Rita Mary (née Emmott) and James Alexander Smith. Smith came from a musical family: his father sang and his mother played the piano. Raised Catholic, he later became an atheist. When he was three years old, his family moved to Horley, Surrey, where he later attended St Francis’ Primary School. When he was six, his family moved to Crawley, West Sussex, where he attended St Francis’ Junior School. He later attended Notre Dame Middle School from 1970 to 1972, and St Wilfrid’s Comprehensive School from 1972 to 1977. Smith and his younger sister Janet had piano lessons as children. Smith said, “[Janet] was a piano prodigy, so sibling rivalry made me take up guitar because she couldn’t get her fingers around the neck.” He told Chris Heath of Smash Hits that from about 1966 (when Smith turned seven years old) his brother Richard, who is 13 years older than him, taught him “a few basic chords” on guitar. Smith began taking classical guitar lessons from the age of nine with a student of John Williams, “a really excellent guitarist … I learned a lot, but got to the point where I was losing the sense of fun. I wish I’d stuck with it.” Smith has said his guitar tutor was “horrified” by his playing. Smith gave up formal tuition and began teaching himself to play by ear, listening to his older brother’s record collection.
Smith was 13 or 14 when he became more serious about rock music and “started to play and learn frenetically”.Up until December 1972, he did not have a guitar of his own and had been borrowing his brother’s, so his brother “gave me his guitar for Christmas. But I’d commandeered it anyway–so whether he was officially giving it to me at Christmas or not, I was going to have it!” Rock biographer Jeff Apter maintains that the guitar Smith received for Christmas of 1972 was from his parents, and equates this item with Smith’s notorious Woolworth’s “Top 20” guitar, later used on many of the Cure’s earliest recordings. Smith was quoted in several earlier sources as saying he purchased the Top 20 himself for £20, in 1978.
Smith described Notre Dame Middle School as “a very free-thinking establishment” with an experimental approach, a freedom he claimed to have abused. On one occasion, Smith said that he wore a black velvet dress to Notre Dame and kept it on all day “because the teachers just thought ‘oh, it’s a phase he’s going through, he’s got some personality crisis, let’s help him through it’.” According to Smith, “four other kids” beat him up after school, although Jeff Apter notes that Smith has given several conflicting versions of the story. Apter also reports that Smith put in minimal effort at Notre Dame, sufficient to gain pass marks, and quotes Smith as saying, “If you were crafty enough … you could convince the teachers you were special: I did virtually nothing for three years.”
Smith’s secondary school, St Wilfrid’s, was reportedly stricter than Notre Dame. In the summer of 1975, Smith and his school bandmates sat their O Level exams, but only he and Michael Dempsey stayed on to attend sixth form at St Wilfrid’s (1976–77). Smith has claimed that he was expelled from St Wilfrid’s as an “undesirable influence” after their band Malice’s second live performance shortly before Christmas 1976, which took place at the school and allegedly caused a riot: “I got taken back [in 1977] but they never acknowledged that I was there … I did three A levels – failed biology miserably, scraped through French and got a ‘B’ in English. Then I spent 8 or 9 months on social security until they stopped my money, so I thought ‘now’s the time to make a demo and see what people think’.
According to Dave Bowler and Bryan Dray, biographers of the Cure, the school expelled ex-Malice co-founder Marc Ceccagno along with Smith, whose new band, called Amulet, played the December school show. Smith has given conflicting accounts of his alleged expulsion: elsewhere saying that he was merely suspended, and that it was because he did not get along with the school headmaster, and, on another occasion, claiming that he was suspended “because my attitude towards religion was considered wrong. I thought that was incredible”.